An arguable case for restorative justice

Law-making cannot mitigate the effects of crime on victims nor rehabilitate offending behaviour. Two fundamental questions for society are how to hold offenders to account while ensuring justice for their victims, and how criminal justice agencies can rehabilitate offenders to community social values and behaviour. The retributive paradigm which brought about the Michael Howard mantra ‘prison works’ in 1993, and which has been at the heart of Western thinking for over 900 years, has consistently failed to achieve its core objectives.

In his 2001 review of the criminal courts, Lord Justice Auld acknowledged the failure of our formal judicial process to repair the wrongs suffered by victims and our failure to rehabilitate offenders. Auld argued for a more ‘sensitive and sustained’ intervention approach with offenders in the early stages of their offending career. Citing the use of restorative justice used in Canada, Australia, New Zealand and the USA, he argued that strategic and operational investment in restorative justice would secure significant and widespread benefits to the community.

It would be wrong to suggest our current criminal justice system is driven solely by an ethos of punishment. The principle of restoration in criminal justice was given its first statutory toehold in the 1998 Crime and Disorder Act which introduced the concept of, and the authority to require, youth offenders to make reparations: ‘to a person or persons so specified; or to the community at large’ (s67).

In his 2001 review of sentencing, Making Punishments Work, Halliday identified three key purposes of sentencing: ‘punishment, crime reduction and reparation’, which he felt were inadequately covered in statute. This was remedied in s142 Criminal Justice Act 2003 which set out the clear purposes of sentencing: to punish offenders, reduce crime (including its reduction by deterrence), reform and rehabilitate offenders, protect the public, and facilitate the making of reparation by offenders to persons affected by their offences. In practice, however, victims’ voices remain silent and, although there is a statutory duty placed on sentencers to consider the making of reparations to victims of adult offenders as part of their sentencing decisions, this is mainly limited to the making of compensation orders.

Restorative justice (RJ) is where the victim and the offender are brought together directly or indirectly by a trained facilitator to deal with the consequences of an offence and its implications for future offending behaviour. RJ requires the offender to accept full and expressed responsibility for his/her offending and to make reparations to the victim and to make and to keep promises of good behaviour in the future.

The idea of victim-offender RJ first emerged in the UK in the 1980s through mediated settlements by probation officers. It was an ad-hoc affair to begin with, often motivated by religious conviction in the concept of restitution. Pioneering practitioners became self-appointed mediators/facilitators by stepping outside a criminal justice process which they viewed as punitive in its origins and destructive in its application and outcomes.

Between 2001-04 the Home Office funded an extensive study of RJ practice in London, Thames Valley, South Yorkshire and Northumberland which covered both adult and youth offending and relatively serious offences (524 cases). Of the three organizations (CONNECT, REMEDI and Justice Research Consortium (JRC)) involved in this research, only JRC worked within a randomized control environment. JRC managed to complete 342 cases (65% of all cases under trial) exclusively using the RJ conference model where the victim and offenders and their supporters were actively engaged in repairing the harm to the victim and designing a plan of reparation with promises by the offender to refrain from future offending.

Professor Joanna Shapland of the University of Sheffield independently evaluated the trials for the Home Office and published her key findings in four separate reports: the setting up of RJ programmes (2004); victim and offender willingness to participate in RJ (2006); the views of victims (2007) and finally the impact of RJ of reoffending (2008).

Of the victims who were invited to experience RJ conferencing, up to 77% of victims of adults offenders and up to 89% of victims of young offenders participated. From their responses, 85% of JRC victims were very/quite satisfied with their RJ conference experience and 80% of JRC offenders were also very/quite satisfied with their experience. Outcome agreements (where the victim/offender agree on the way forward) were achieved in 98% of JRC conferences.

Offenders who participated in the JRC trials committed 27% fewer offences (in terms of reconvictions) in the subsequent two years when compared with offenders who did not experience a JRC conference. Although RJ does not stop reoffending completely it does reduce the frequency of offending. There is no evidence suggesting different effects on reconvictions between types of offence and offenders. In short, it is not necessary to target RJ at specific offenders or offences.

When costing the three JRC trials in London, Thames Valley and Northumberland using a Home Office standard measure, Professor Shapland was able to show RJ represented significant value for money. The ratio of costs to savings through reductions in offending from the three JRC locations amounted to 1:8. Surprisingly, there has been no evaluation of the cost savings arising from RJ-induced reductions in victim post-traumatic stress disorders and the consequent reduction in costly dependency on health and social services resources compared with victims who have not experienced RJ.

In Northern Ireland, the Justice (Northern Ireland) Act 2002 enshrined the provision for RJ under the Youth Conference Service (YCS). The YCS is recognised through statute to provide and facilitate restorative justice conferences for young offenders (ages 10 to 18) and their victims. Since 2003 over 5,500 referrals have been made to the YCS which has consistently achieved over 60% victim participation, with 91% of victims reporting satisfaction with their experience. According to the 2009 Prison Reform Trust report Making Amends: ‘in 2006, the combined reoffending rate for youth conferencing was 37.7% ­­– this compared to 52.1% for those given community sentences and 70.7% for those given custodial sentences’.

A restorative justice conference between the victim, the offender and their supporters can be a deeply emotional and challenging experience for its participants; a process which is managed by a trained facilitator who must maintain control throughout yet empower the parties to make decisions about outcome agreements for themselves. Research suggests that the affected parties, particularly victims, are actively empowered by their experience during the restorative justice conference, whereas power is strategically and operationally removed from victims and offenders by the remoteness of conventional justice procedure and ritual.

When an offender and victim agree to participate in restorative justice, they embark upon a difficult psychological journey which actually personalises a shared criminal event from diametrically opposite experiences. Often for the first time, the victim becomes a real person to the offender, and the emotional pain suffered as a consequence of the offending is particularly and graphically brought home to the offender during a RJ conference.

Unlike conventional justice, the restorative justice conference requires the offender to explain personally and directly to the victim why they committed the offence. Critically, this explanation is given in front of their own family and supporters who often experience collective shame while encouraging them to become active supporters in the rehabilitative process.

Conventional justice practice is principally though not solely about punishing offenders for their offences against the state, rather than reforming offending behaviour or giving victims justice. In contrast, RJ is about offenders making amends directly to the victims or organisations they have harmed. When the state apparatus gives way to the less formal restorative process, the criminal justice landscape changes dramatically; fact, effect and outcome are examined and critically felt by the affected parties. They engage, exchange and interact during a RJ conference, whereas conventional justice ritual relies on advocates: exploring, examining and determining outcomes by adversarial joust.

Conventional justice ritual in actuality denies the voice of the victim and procedurally smoothens their pain. For justice to be seen and done, victim pain should be shrill, especially to the perpetrators of such harm. Only then will offenders be able to fully appreciate the value of, and respond to, the building blocks of rehabilitation.

RJ is not a panacea. However, its enormous value to victims, its significant contribution to reducing the frequency of offending and its obvious cost benefits to individuals and the community must be acknowledged by policy makers and practitioners. RJ should not be seen an alternative to conventional justice but as an integral part of the judicial process by becoming an available option in the adult court. Our courts must no longer be deaf to the pain of offending nor blind to its potential for healing and rehabilitation. As the old Angolan proverb reminds us: ‘the one who throws the stone forgets; the one who is hit remembers forever.’

Published in The MAGISTRATE Magazine February 2011
Posted by John R Bacon at 3:05 AM No comments: 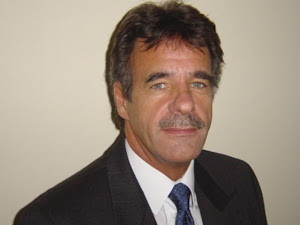 John R Bacon
Graduate of Cambridge University with a Masters Degree in Criminology, Penology and Management